Far-UVC 20w QuantaLamps should always be used in combination with other measures, like wearing face masks, distancing, and washing hands to limit bio-agent viruses’ transmission.

One way 20-watts of Far–UVC 222 nm light is produced is by using Ø28*120mm high-frequency discharge excimer lamps filled with a noble gas molecule mixture krypton (Kr) and normally less than 3% chloride (Cl) gas. These Kr/Cl emissions peaks of 222 nm from excimer lamps eliminate the use of hazardous materials such as mercury.

David Brenner directs the Center for Radiological Research at Columbia University, Irving Medical Center in New York City.  For nearly a decade, Dr. Brenner and his team have been developing the use of filtered 222nm Far-UVC irradiation from excilamps. At the proper distance, and when 222 nm band-pass filters are in place, these 20W Far-UVC lights can safely neutralize bacteria, bacterial spores, molds, yeasts, and viruses—including SARS-CoV-2 in areas with active personnel inside a Far-UVC light disinfection zone. 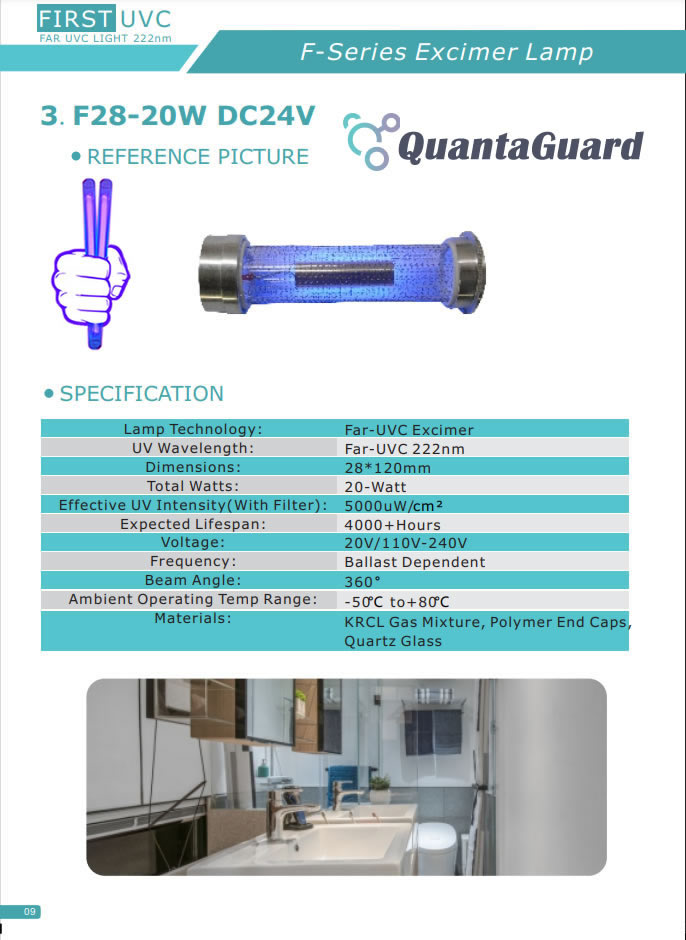